Next week marks the one-year anniversary of Drive Electric Northern Colorado. During these past 12 months, we have been blessed to work with dozens of innovative partners that are committed to making electric vehicle technology the norm rather than the exception in Northern Colorado.

One such partner is Tynan’s Nissan in Fort Collins. Next week Tynan’s will be hosting an event with DENC to celebrate our anniversary and launch its new DC Quick Charge station. We invite you to come join us for this exciting event on Thursday February 27th, 2014 at Tynan’s Nissan, 5811 South College Avenue, Fort Collins, CO 80525.

Tynan’s has a rich history in our community. In 1963 Ed Tynan Sr. opened the first Tynan’s lot in Aurora, Colorado. Working with his family, he expanded the company throughout the state. Today, almost 51 years later, there are four Tynan’s dealerships in Colorado: two in Fort Collins and two in Aurora. 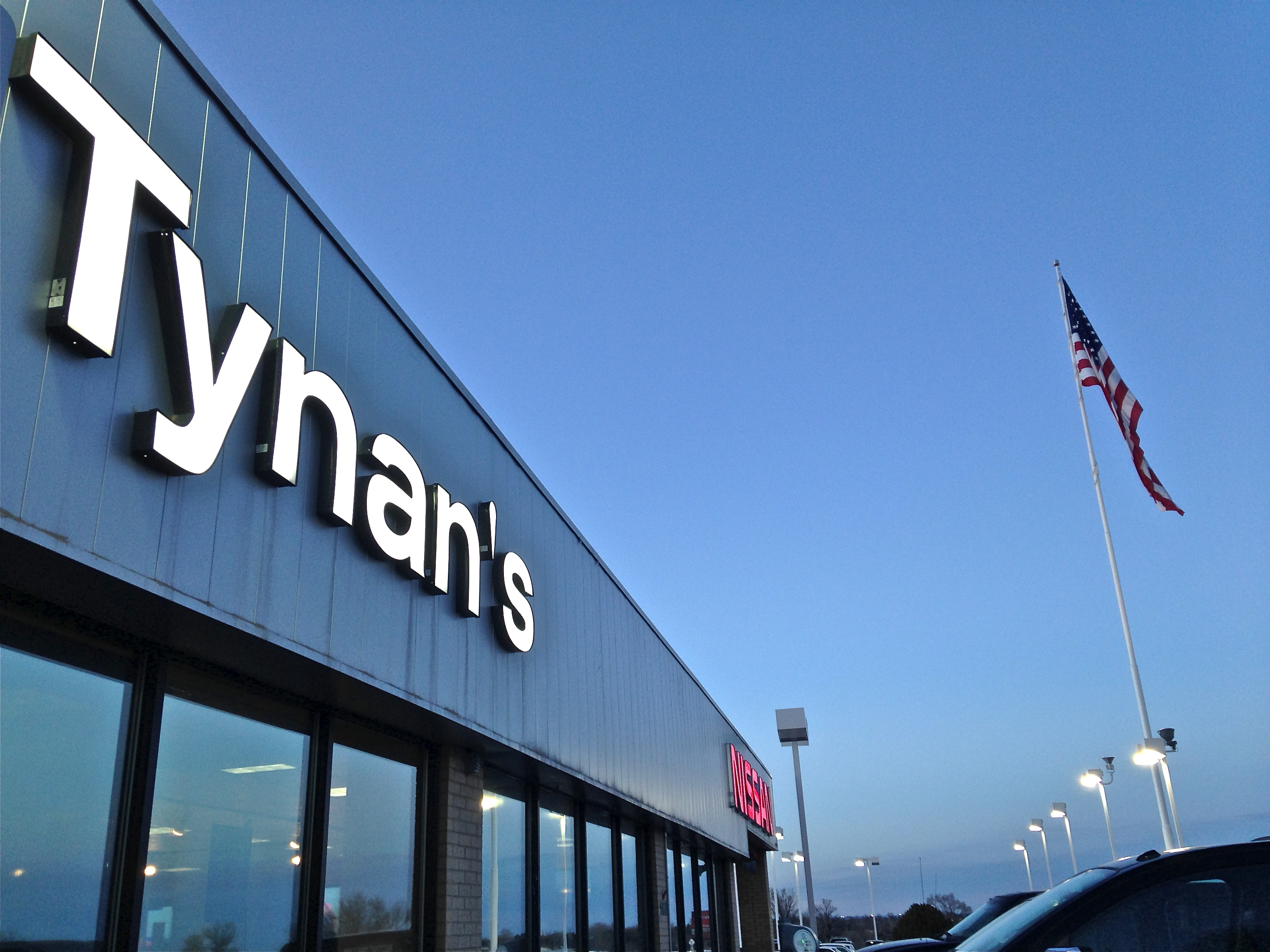 The company remains, as its motto states, “Family owned and operated since 1963.” The current owners—Sean, Matt and Ed Tynan—run each of the dealerships in keeping with Ed Senior’s vision. They all meet customers on a daily basis, asking questions and ensuring that each visit to Tynan’s is the best experience possible. That now means providing some exciting new vehicle offerings.

Tynan’s began selling Nissan LEAFs in December 2012, joining the blossoming EV community in Northern Colorado. According to Sam Harvey, “The public had been aware of the LEAF for quite a while before Tynan’s received one, so once they started coming into inventory we had many customers who were awaiting the arrival that they pretty much sold themselves.” 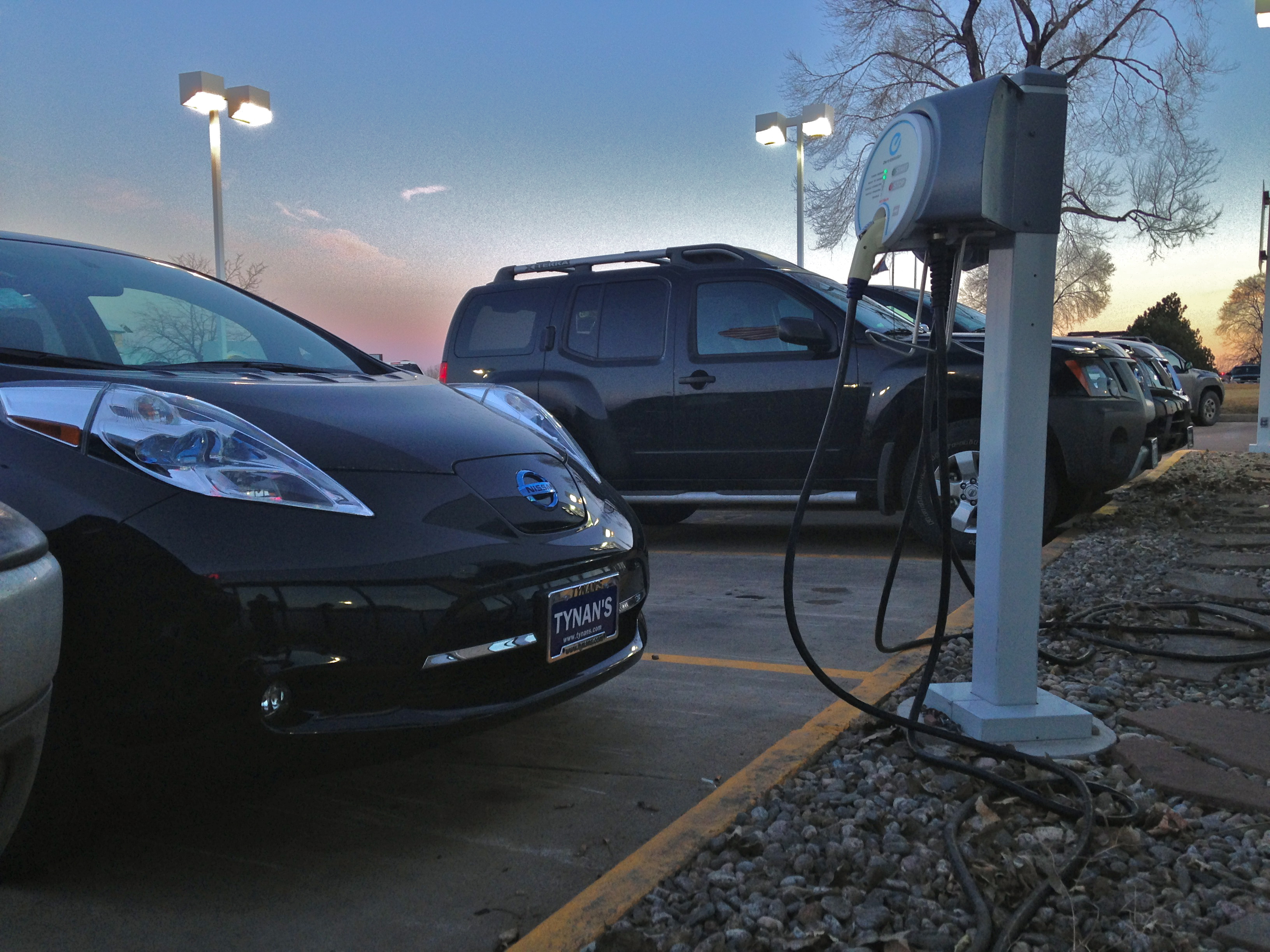 Staff and service members have been trained on the ins-and-outs of the new technology, including its battery system, overall maintenance, and charging function. Adding LEAF sales at the dealership has allowed Tynan’s to become involved with businesses and organizations in Northern Colorado that are “clean” and “green,” such as Northern Colorado Clean Cities and the Sustainability Fair. According to the staff, “Tynans has been very fortunate to be able to assist multiple cities, community businesses, and foundations in pursuit of a greener alternative to daily transportation.”

In the last year, Tynan’s has installed Level II charging stations and has just recently installed a DC Quick Charger. The chargers allow the dealership to have the LEAFs charged and ready for their customers whether they request a test drive or are ready to take a LEAF home with them. They regularly see customers charge on a daily basis, and have even had customers stop in to the Tynan’s dealership for a cup of coffee while their LEAF charges up after a trip from Denver. 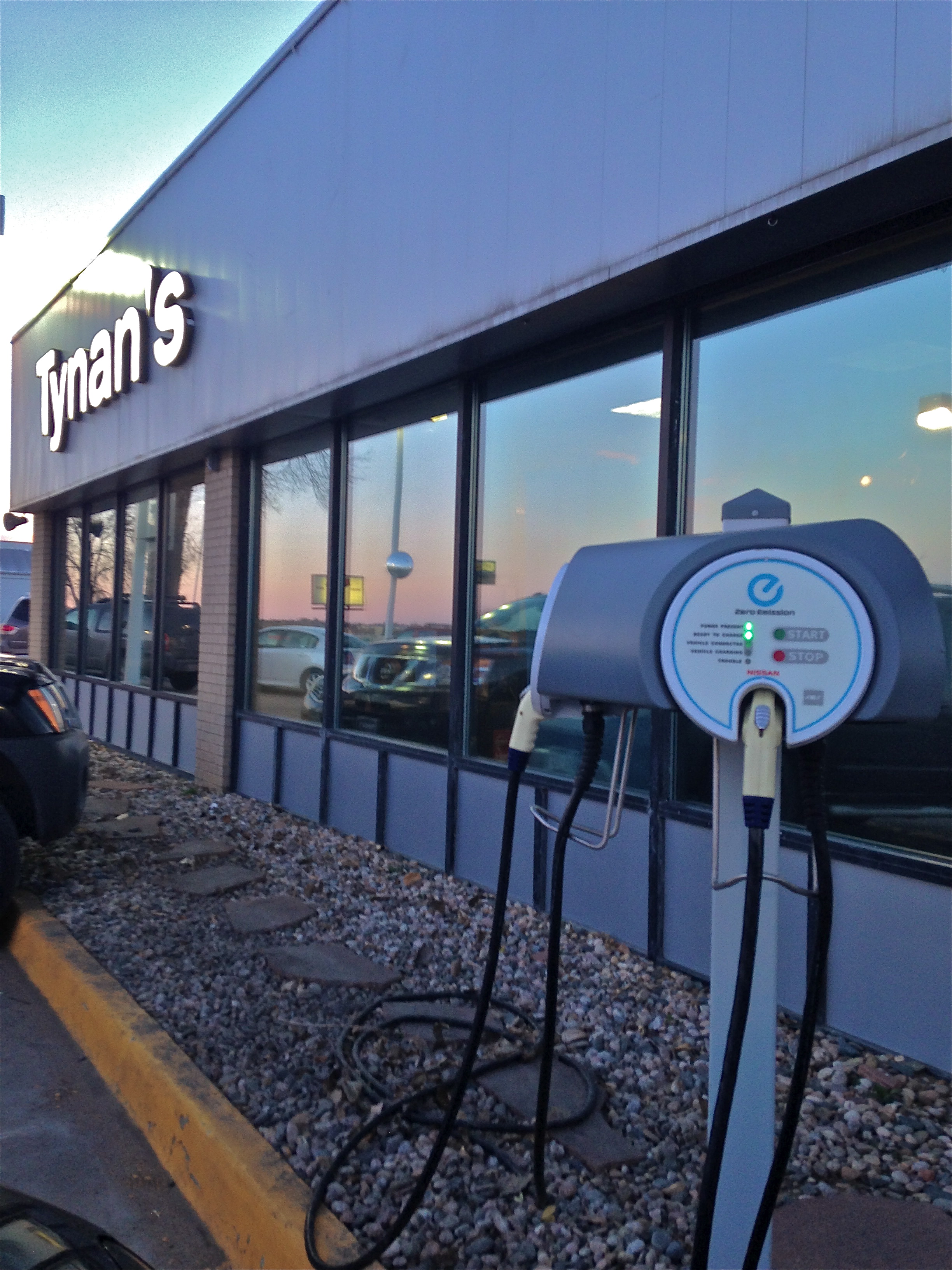 In the words of Mr. Ed Tynan, “This [program] is great. As a business, we are working together with other local businesses and with government entities around Fort Collins to make for a greener future. We are helping people save money while cutting down emissions at the same time. We are so glad to be a part of it and are excited for what else the future brings with these electric cars.”

One Response to “Meet Our Partner, Tynan’s Nissan”