In January 2019, Governor Jared Polis issued an Executive Order titled, “Supporting a Transition to Zero Emission Vehicles.” The order initiates the process for Colorado to join 10 other U.S. states in becoming a Zero Emission Vehicle (ZEV) mandate state. ZEV states require auto manufacturers to obtain a set number of ZEV credits that are earned through the sale and delivery of EVs and Hydrogen fuel cell vehicles. Many of the ZEV states have the highest rates of EV sales in the nation due to the prioritization of ZEV vehicle sales. Read about ZEV states and Colorado’s ZEV plan here.

On August 13th a state regulatory board will consider adopting California’s Zero Emission Vehicle standard. However, to bring more electric vehicles to Colorado sooner, a new agreement between state officials and EV manufacturer groups will grant extra credits to automakers who choose to sell EVs in Colorado as early as next year. These extra credits can be put towards EV sales goals that will be required after 2023, when the zero-emission vehicle (ZEV) mandate takes effect. The Colorado Sun reports that this separate agreement indicates the Alliance of Automobile Manufacturers and Global Automakers are in favor of Colorado becoming a ZEV state. During the 2019 legislative session, several EV-related bills were proposed in the Colorado General Assembly. Below is an overview of these proposed bills. 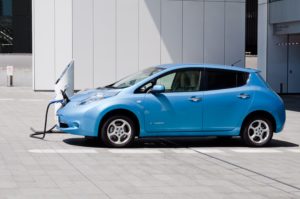 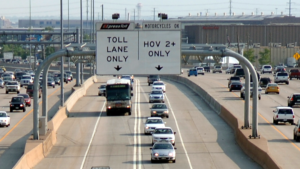 House Bill 1198, introduced by Rep Alex Valdez (D, District 5) and Donald Valdez (D, District 62), revised the Colorado EV Grant Fund. The fund is currently housed under Charge Ahead Colorado and helps public and private entities install Level 2 and DC Fast Charging stations. As of April, 50 municipalities had been awarded EV charging grants under this program. However, as investments drive charging infrastructure in urban and suburban areas, rural areas are often left behind. HB 1198 allows the Colorado Energy Office, overseer of the EV Grant Fund, to allocate more funds to areas with fewer existing charging stations. A more widespread charging network will help the state meet its goal of 940,000 EVs on the road by 2040.  STATUS: HB 1198 passed and was signed into law by Governor Polis on April 17th.

The Clean Pass Act, introduced by Rep Alex Valdez (D, District 5), would give EV drivers the opportunity to bypass HOV and Express Lane regulations. Upon vehicle registration, EV drivers would have the option to buy a transponder like those used by some insurance companies. Drivers would then be able to use HOV lanes, regardless of number of passengers, and would have access to toll and fee roads for limited or no cost. Once in effect, the bill was estimated to cost the state almost $2 million in implementation and lost tolls. STATUS: HB 1199 was postponed indefinitely by the House Finance Committee. 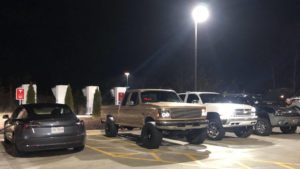 House Bill 1298, introduced by Rep Jovan Melton (D, District 41), prohibits internal combustion engine (ICE) vehicles from parking in EV charging spaces. Additionally, it prevents EV drivers from parking in charging spaces when not charging. The violation comes with a $150 fine and $32 surcharge. STATUS: HB 1298 passed and was signed into law by Governor Polis on May 31st. It went into effect August 2nd. 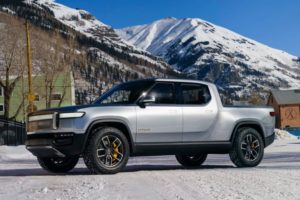 House Bill 1325 was introduced by Rep Chris Hansen (D, District 6), Rep Hugh McKean (R, District 51). It proposed allowing EV manufacturers to sell directly to the public, working around the traditional dealer network. This would have made it easier for startups, like Rivian, and existing manufactures to use a direct EV sales model. Tesla has seen significant success in Colorado using this model, selling factory-direct under a loophole from previous legislation. Opponents of the bill claim direct-to-consumer sales hurt auto dealer businesses and are unfavorable to consumers in the case of manufacturers going under. Supporters see requiring sales through dealers as an unnecessary barrier to EV adoption.  STATUS: HB 1325 was voted down 35 to 30 on the House floor.

You can continue to follow updates on EV-related legislation by visiting the Colorado Electric Vehicle Coalition webpage.

Electric vehicle owners can save up to $350 on a smart charger
Up to $3,500 Special Nissan LEAF Rebate from APPA